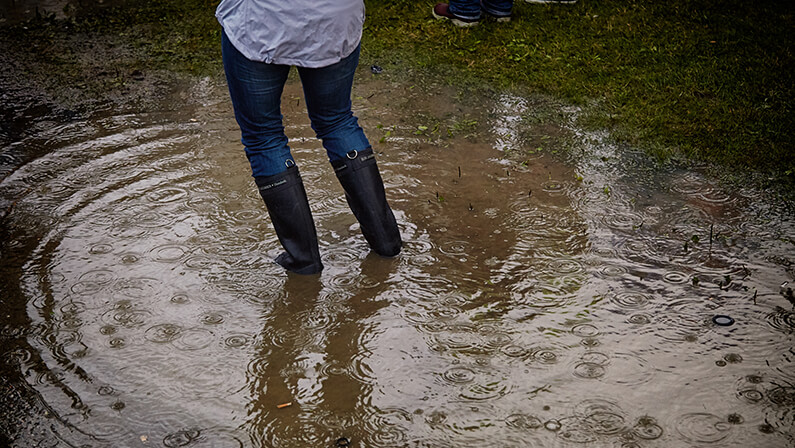 A few years ago, some of our members’ homes were flooded and the consequences to them were dire. Most members will recall the video clips that went viral at the time, showing an area of the Village looking like a river. Affected members were unable to renew insurance for their dwellings and those who eventually did obtain insurance, did so at a premium. A repeat flood has not, and cannot be ruled out due to the topography of the area.

Attempts by individual members as well as the BRRAG committee over the years to secure remedial action to be taken by the responsible authority were in vain.

Members attended a special general meeting in November 2018 and, again in April 2019. At both these meetings members resolved that BRRAG should assist with the plight of affected members and take legal action. The decision at the November meeting was unanimous and a few votes were recorded against the proposed course of conduct at the April meeting.

During a meeting of the BRRAG committee in April, it was suggested that due to a few members opposing the legal route at the second special general meeting, the action to be taken by the committee should be ratified at the 2019 AGM. It is important to note that the majority of members who registered the pre-recorded votes did not attend the meeting but completed a written proxy vote in favour of another person without it being noted what the resolution was, which they were voting for or against.

However, thereafter the committee, in terms of its powers, resolved unanimously as follows:

‘That the Organisation continues to take legal action against the Municipality and such other parties as it may be advised to join in a legal action regarding the flooding issue and associated problems in the Village in order to obtain relief from the flooding and related problems of areas in Boesmansriviermond; that Lӧtter Wepener and Boet Minnaar be authorised to determine the relief to be sought. ‘

In the circumstances the proposal that the decision be ratified at the next AGM fell away. Having regard to the decisions of the members at the special general meetings and the committee resolution, the committee members embarked in the first steps towards obtaining relief for the affected members.

Certain concerns were apparently raised in private, and we would like to clarify our position.
The main concern was whether individual members can be held liable for the costs of failed litigation. The first response to that is that we believe that there is a strong case and chances of failure are minimal – read all about it if you are so inclined

Secondly, BRRAG is a separate legal entity which, in terms of its constitution, is so described:

The Organisation shall be capable in its own name of suing and being sued and of purchasing or otherwise acquiring, holding or alienating property, whether movable or immovable, and/or any interest therein and open a banking account in its own name.

The Organisation shall continue to exist notwithstanding changes in the composition of its membership or office bearers.

The liability of any member shall be limited to any outstanding subscriptions and no member shall have any liability for payment of any of the debts of the Organisation.

To illustrate the matter further (and if you have time, Google the requirements to establish an NPO), prior to registering an NPO, the registrar of NPO’s must be satisfied that the NPO is an independent legal entity. This BRRAG is and it is registered as an NPO (non-profit organisation). Members of BRRAG are consequently not liable for any debts of the Organisation and any suggestion that they could be, can be safely discarded.

In addition, our Constitutional Court has adopted, what is called the Biowatch-principle, so named after the party who conducted the case: this principle requires that an unsuccessful party in legal proceedings against the state be spared from paying the state’s costs in constitutional matters. In this case the Constitutional Court avowed that this rule applies to every constitutional matter involving organs of state. The purpose of the Biowatch-principle is to shield unsuccessful litigants from the obligation of paying costs to the state. In litigation between the government and a private party seeking to assert a constitutional right, the case of Affordable Medicines Trust established the principle that ordinarily, if the government loses, it should pay the costs of the other side, and if the government wins, each party should bear its own costs. The flooding is a matter concerning the affected parties’ constitutional rights as contained in section 24 of the Constitution. By law, the municipality is regarded as an organ of state.

BRRAG and individual members have struggled for years to get action – much more than ‘due efforts’.

Lastly, a member and well respected lawyer, has offered to do the legal case for BRRAG on a contingency basis. That means, at no cost to our organisation.

A second concern, if it is one that is being mooted, is a desire to ‘work with’ the municipality. The short answer is as follows:

I trust that this explanation of BRRAG’S intended steps to assist members in Boesmansriviermond, who have a huge flooding problem, and to assist the municipality to obtain funds to deal with the problem, has the support of all our members and, if you can assist or make a positive contribution, we would love to hear from you. Email us at bushmansratepayers@gmail.com